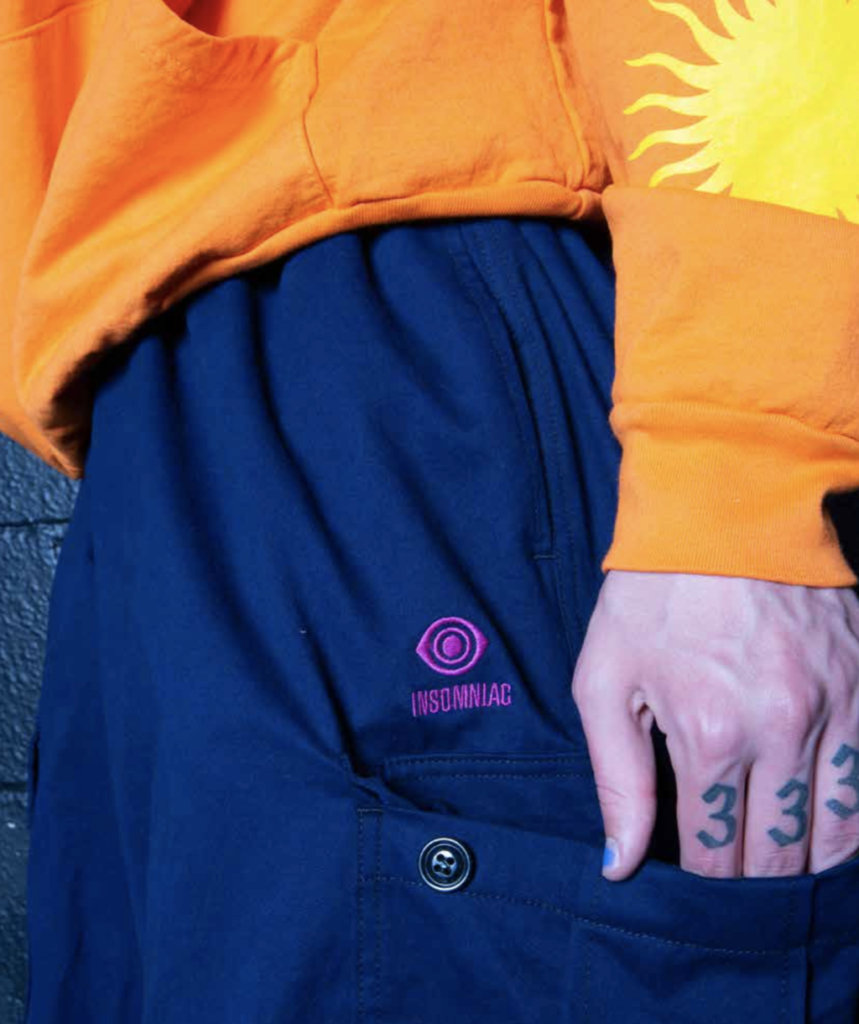 Insomniac is a dance music events company founded by Pasquale Rotella in Los Angeles in 1993. In 2016, Rick Klotz, the founder of Freshjive, was hired as Insomniac’s creative director, overseeing not only all clothing and merchandise development but art directing the company’s various festival campaigns. All roads have led to the inception of Insomniac’s new clothing brand, premiering Spring 2019. Inspiration for the brand comes directly from the birth of the Los Angeles warehouse rave scene, an era that Klotz was instrumental in creating the aesthetics for through both the Freshjive clothing line and the graphics he created for the party scene in those years.