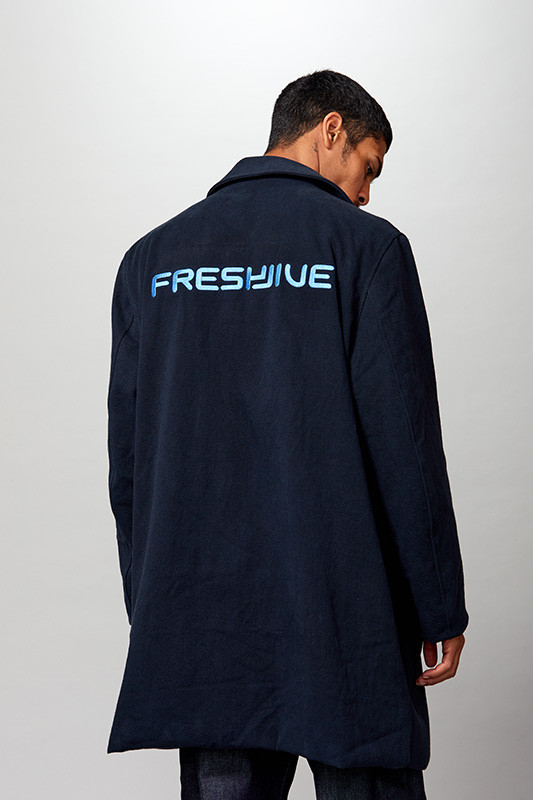 Freshjive is a lifestyle brand reflecting particular cultures and attitudes of Los Angeles. The label began in 1989 by Rick Klotz and takes influence from his own submersion in Los Angeles sub cultures and experiences dating back to the 1970s. Considered one of the pioneering brands of the streetwear genre, the company was operated independently from 1989 until 2011. While designing the brand almost exclusively on his own, he also shot most of the early campaigns, the photos exemplifying a partial who’s who of 1990s underground Los Angeles. Though the name was mainly reflective of urban slang of the era, over the years it came to reflect Rick’s social issue concerns and disdain of popular culture exemplified in the irreverent direction the graphics took during the brand’s trajectory. Fresh (New) Jive (Bullshit).